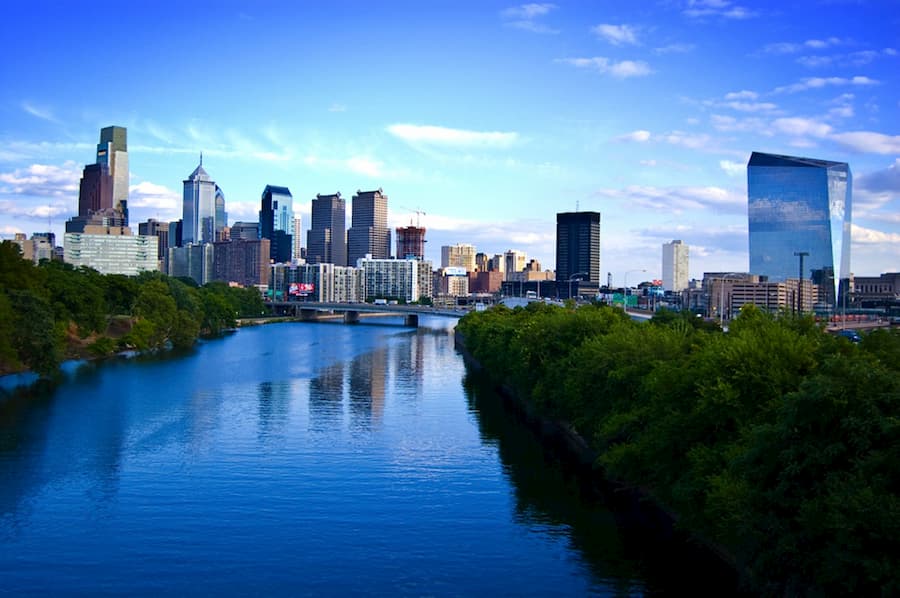 Philadelphia, the home to more than 6 million people is one of the most populated cities in the United States. Also, the largest city of Pennsylvania as well as the economic center of Delaware Valley. It is a large city with a friendly small-town feel, affordable housing market, and thriving and diverse culture. If you consider living there, you should know the most common pros and cons of moving to Philadelphia.

Philly’s close proximity to New York and Washington D.C. is often a reason why New Yorkers decide to move to Philadelphia. It is a convenience since it’s only a few hours away from both major metropolitan centers. There are a lot of reasons why people choose to live there so let’s just mention a few pros and cons.

Pros of moving to Philadelphia:

Philadelphia is one of the most economically developed cities in the world. The main industry branches in Philadelphia are oil refining, financial services, manufacturing, and biotechnology. The working market is highly developed and finding a job should be easy enough for most people. Also, one of the most famous advantages and reasons common people like Philly is that there are no taxes on the essentials. That’s right, no taxes on food, no taxes on clothes and shoes.

Philadelphia is home to many law universities

A very few prestigious law schools and universities are located in Philadelphia. The better-known law schools are:

There is the largest concentration of higher education institutions per capita nationwide. If you are looking for a high-quality educational system you can’t get wrong with Philadelphia.

Companies based in Philadelphia

Anyone with enough knowledge and the ability to learn can land a job in one of the biggest companies located in Philadelphia. Such as Boeing Rotorcraft System, GlaxoSmithKline, Rohm and Haas Chemical Manufacturers, and others. If you are among people that are looking to move in for a better job opportunity you can always check companies like jpurbanmoving.com for moving quotes and conditions.

We’ve already mentioned law schools and universities, but there is much more in Philadelphia’s educational system than just them. The city offers a diverse educational opportunity enabling young people to specialize in many different areas. From law to art schools, over the plethora of other institutions, there are more than 320 public schools. Many people call Philadelphia a large college town. And there is a reason for that. It hosts more than 300,000 students in the entire metropolitan area which attend 19 colleges just in the center, plus a lot more in the area.

In general, Philadelphia has a pretty balanced climate, with hot summers and cold winters. There are no extremes with the exception of a few minor snowstorms in winter. However, you still need some tips on packing in winter if moving to Philadelphia comes at this time. The snow is not a problem in Philadelphia.

Walking in the Center City

Everything in downtown, or Center City as the locals call it, is within the ordinary walking distance. It is one of the most convenient cities for walking in the US. Philadelphia is one of the most walkable US cities.

Besides it is considered the Birthplace of American health care, it is also a home for over 120 hospitals. It is one of the most known cities for its medical care, and medical tradition. Some of the world’s largest pharmaceutical companies are located in Philadelphia in case you move there for a job.

You can’t hear about Philadelphia without hearing about its rich art scene and the famous Museum of Art. That is just the most known museum but there are many others. Also, there are more than a hundred galleries spread around the city. Especially famous is Old City, which turns into an unbelievable Art Show every first Friday in a month.

Cons of moving to Philadelphia

The other side of the coin is that Philadelphia is a dangerous city. It is the 22nd on the list of the most dangerous cities in the United States.  The police are making a progress in subduing the criminal rate of the city, but over excessive use of drugs is making it harder than ever. The homicides are just too often so it is a huge black spot on the city’s reputation. The police on the watch dealing with everyday problems.

Overcrowding and frequent traffic jams are in close connection in Philadelphia. The main problem here is that there is just not enough residential areas in the city but there are a lot of residents. Another thing is that there are just too many cars which make driving almost impossible in peak hours. There are plans to deal with this matter, but for now, nothing is changing drastically for the better.

The biggest con and the biggest problem in Philadelphia is pollution. For a long time, the city was among the most polluted cities in the states. Having so many residents on a tight space, and having so many cars, is making huge problems with the city’s air and water. The polluted air is causing a lot of problem for residents with respiratory diseases, and it’s making new every day. The fumes from the car exhaustion systems are the direct offender for the smog problems. Also, the quality of drinking water was the subject of many discussions over a long period of time.

Conclusion on moving to Philadelphia

All in all, weighing the pros and cons of moving to Philadelphia, you can say that there is more than one good reason to move there even if you have to cope with some moving problems. However, before setting yourself a new home you should think carefully if you can deal with the weaknesses this city has. If you can take good care for yourself, if you are a careful student looking for perspective, and if you know how to choose an area the right way, then why not. The Philly can be your dream place if you accept its living style.