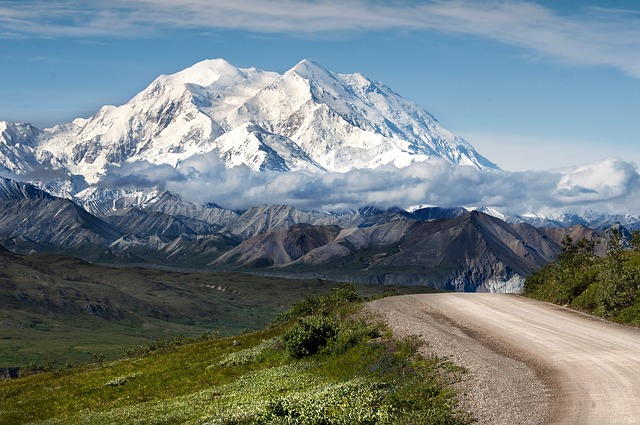 New York and Alaska are two completely different places. There are so many differences between these two places. So what can you expect after moving from New York to Alaska? Well, we are here to tell you all you need to know about this long-distance relocation and how you can make it less stressful.

Depending on where you are moving to, Alaskan life can vary widely. Alaska is huge. It is almost twice the size of Texas. And some places are more populated and have plenty of amenities. But there are places where the only thing you can find are small, isolated villages. But these villages are not very usual for moving destinations, especially not for people who are moving from New York. When leaving NYC and finding happiness in another state such as Alaska, you don’t want to move to these places. Moving here can be very culturally shocking and it can cause depression as the change is very drastic. Even though it is very beautiful and peaceful, people who aren’t used to living that way can have a hard time adjusting. Living in Alaska means having a beautiful view everywhere you go.

Cost of living in Alaska

The thing you are probably most interested in is the cost of living in Alaska. As we all know, New York is one of the most expensive cities in the world. Home prices are pretty high both for buying and renting. Groceries cost a lot. Bills are also very pricey. But what’s the cost of living in Alaska? Well, most things in Alaska are more expensive than the national average. But Alaska is definitely more affordable than San Francisco, Seattle, Los Angeles, Boston, and New York. It’s the 7th most expensive state to live in, surprisingly. Some things cost more than others for a reason. For example, any type of doctor examination is much more expensive in Alaska because there aren’t many doctors there. So if you are moving to Alaska, you want to avoid moving injuries as much as possible.

As far as prices of groceries go, Fairbanks and Wasilla have cheaper groceries than Bethel and Nome. This is because groceries must be flown into Bethel and Nome. And the other two places we mentioned are urban communities and the prices are standard. Electricity bills are extremely high in Alaska but that is something we are going to mention and explain later on. Life in Alaska isn’t as cheap as you think it is.

The unemployment rate in Alaska is pretty high. It sits at around 6.3%, which is the highest in the nation. But certain sectors have been evolving over the last few years. Sectors such as management, health care, arts and entertainment, and food service have been on a rise. So if you work in one of these sectors, you might want to move to Alaska as soon as possible with capitalcitymovers.us. Paychecks in Alaska are pretty high in these few sectors in the hope of attracting more people to move there so that the unemployment rate would drop.

What is fun about Alaska is that it has different amounts of daylight and darkness depending on what time of the year is it. And yes, this happens all over the world but Alaska is a special place. During winter, there are only around 3-6 hours of daylight on average. This means that you will have to keep the light on most of the time. This means that your electricity bills will be much higher than you are used to. And you can’t forget the fact that it is cold outside and that you will need to warm up. And if you don’t have a fireplace, heating your home can cost you a lot of money.

Because there is not enough sunlight, people take vitamin D pills all the time. People who live in Alaska also use special sun lamps to fight the effects of extreme darkness. This is something not many people who are moving from New York to Alaska know. But during summertime, you will have a lot of sunlight. There are places in Alaska that have sunlight up to 20 hours per day. Even when the sun sets it still isn’t completely dark. In order to sleep properly, you will have to have sunlight blocking curtains in your home. As you can see for yourself, you will never be able to tell what time of the day it is in Alaska without a watch. And if you are moving with toddlers to Alaska, they will have an even harder time adjusting to the daylight. Daytime is something you will have to get used to.

Diversity after moving from New York to Alaska

Living in New York gave you the opportunity to meet people from all over the world and their cultures. This is not the case in Alaska. As there aren’t many people living there, it isn’t very diverse. So when moving from New York to Alaska, this might be very shocking to you. Alaska also has an influential native culture and heritage and that is why not many people of different cultures live there. There are some elements from Russian culture and Eskimo culture as well as Native American culture.

As far as food goes, you will be able to try many things that you haven’t tried before. Animals like moose, caribou, and elk are the most popular meats in Alaska. And as you are used to eating chicken and beef, this change might be drastic. Seafood like halibut and salmon are also very popular since they can be caught locally. King salmon is the state fish. When you move to Alaska, you must try Eskimo ice cream called akutaq. It is whipped animal fat with berries and snow. Sounds interesting, doesn’t it?