moving out of Canadamoving plans 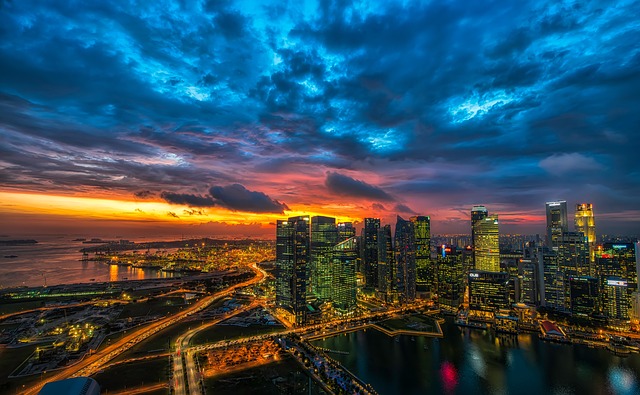 Even among people in Canada, New York City is a very popular moving destination. It is located pretty close to the border of the US and Canada which is why a lot of people want to live here. It makes going back to visit family and friends after moving easier and more affordable even though you live in a different country. New York City is popular among Canadians because it is very similar to Toronto. Toronto is the New York City of Canada hence why a lot of people from Toronto are moving to NYC. But there are plenty of other things that make New York City irresistible to Canadians and we are here to tell you about a couple of them. If you have been thinking about relocating from Canada to the States, here are a couple of reasons why you should consider moving to New York City.

Plenty of neighborhoods to choose from

One of the best things about New York City is that it is a huge city. It is bigger than some countries around the world. This is why NYC is rich with neighborhoods. And each one is different in its own way. There are affordable and more expensive neighborhoods, there are modern and less modern neighborhoods. So many of them to choose from. This is why making the decision on where to live in NYC harder.

This is why a lot of people rent homes in New York City after moving from Canada. You don’t know what all the neighborhoods are like and since New York City is very big, it takes a lot of time to get to know them. And if you purchase a home right away, you might regret it if you end up not liking the neighborhood your home is in. This is why renting is a much better option.

You can easily relocate from one rented home to another. And another great thing about NYC is that you can find assistance anytime when it comes to moving. This is because there are plenty of moving companies to choose from. And this is influenced by the fact that moving in New York City is quite common. People move from one neighborhood to another every day.

The second of just five things that make New York City irresistible to Canadians is the fact that there are plenty of things to do in the city. The options are endless. After moving to NYC with Movage Moving NYC, just walking through the neighborhood is going to be fun and entertaining. But when you get to know the streets, you will surely start exploring the local shops, bars, and restaurants. There are plenty of them in New York City no matter which part of the city you live in.

Another one of the things that make New York City irresistible for Canadians is the fact that housing is beautiful in New York City. Although it is not easy to find and it is expensive, it is still worth it. Apartments in NYC are like nowhere else. Old factories have been turned into living spaces which is what gives these apartments a unique feel.

When searching for a home in New York City it is very important that you start doing it on time. This is because the real estate market here is very busy. Plenty of people, not only from Canada, but from allover the world are searching for an apartment to rent in New York. This means that you need to be prepared for weeks of searching for a suitable home.

Not only are there options when it comes to fun things you can do, but there are also plenty of job opportunities. New York is home to some of the most successful companies in the world. There are plenty of both big and small companies with offices in New York City where you can easily find a job if you are suitable for the position. But even if an office job is not for you, there are plenty of other options. At least job searching in NYC is easy when finding a home isn’t.

A beautiful city to live in

Last among things that make New York City irresistible for Canadians is the fact that this is a very beautiful city. it is very lively with millions of people. This gives it a unique vibe and it surely is a place like no other. There is no city in the States or Canada or anywhere else in the world that resembles New York City. Toronto is the closest as it can get to New York. But still, living in NYC is an experience you won’t regret. Even if you live in Toronto, moving to NYC from Toronto won’t be a decision you regret making. If you can make it in New York, you can make it anywhere, at least that is what people say.