6 things to consider before moving to NYC

6 things to consider before moving to NYC 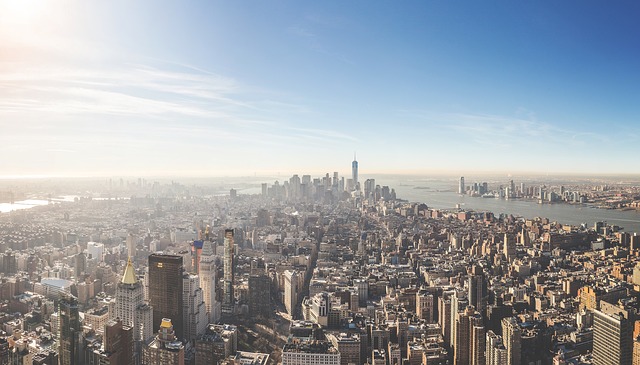 As a Canadian moving company, we know for a fact that there are plenty of people moving to New York City. People from all over the world move to NYC without knowing enough information about just what living there is like. New York City is very unique. Living there has a certain dynamic that is not what a lot of people are able to handle. Living in NYC means living a very fast-paced life. This is why not a lot of people with small children are moving there. Well, at least not central New York City. The suburbs are amazing for starting a family which is why a lot of Canadians are moving to the NYC suburbs to do just that. If you are thinking about moving to this amazing city, there are some things you need to know. This is why we wrote this article with the six most important things to consider before moving to NYC from Canada. There are a lot of things you might not be aware of which is why we are here to tell you all about what living in New York City is like after living in Canada.

One of the first things you must know before moving to NYC is that this is a very expensive city to live in. New York City is one of the biggest cities not only in the country but in the world as well. It is also very popular all around the world, there isn’t a single person that has never heard of New York City and its greatness. This plus the fact that this is one of the biggest business centers in the world makes this city very expensive.

And this is when it comes to everything. Real estate in NYC is extremely expensive even though these are mostly old buildings we are talking about. This is why a lot of people living in New York City are actually renting their homes. Renting is not cheap either but it is much more affordable than buying an apartment. No matter whether buying an apartment or renting it, when it comes to relocating there, Heart Moving NYC can assist with the move. They will make moving easier.

5. There are plenty of job opportunities

We suggest finding a job first and then relocating to NYC from Canada as this is the only way you could actually do it. Living in NYC without an income is not a possibility because of how expensive this city is. Not having a job can only make living in New York City very stressful as you will not be able to afford anything. This is why you also have to explore ways to simplify the process of moving from Canada to NYC.

If you are from a small Canadian town, moving to New York City can either be a positive or a negative change in your dynamic. NYC is an extremely busy city and there are people from all over the world both visiting it and moving there. Millions of people can be seen on the streets of New York City every day. For some, this is amazing but for others not so much.

One of the things you must keep in mind is that New York City is very loud. Even louder than you might think. If you have never been to New York City before you must not be aware that this city is very lively during the night as well, not just the day. It, of course, depends on the neighborhood you move to. There are very busy and not so busy neighborhoods in New York City. This is something you have to consider before moving to NYC.

2. It is not such a family-friendly place

1. It is a very good place for starting a business and creating new business connections

The best thing about moving to New York City from Canada is the fact that starting a business here is one of the best things to do. Most NYC businesses have a lot of success as it is a very big city with millions of people, both residents and tourists. This means that there are a lot of new people to meet. And as a lot of businessmen live and work here, this is a great thing! You can easily expand your connections by networking. This is why a lot of Canadian businesses are moving to NYC. Bars on Fridays and Saturdays are full of people where you never know who you could meet. A lot of people have had plenty of success by just accidentally meeting the right people in the right place and time. This is why New York City is the best place to move to!